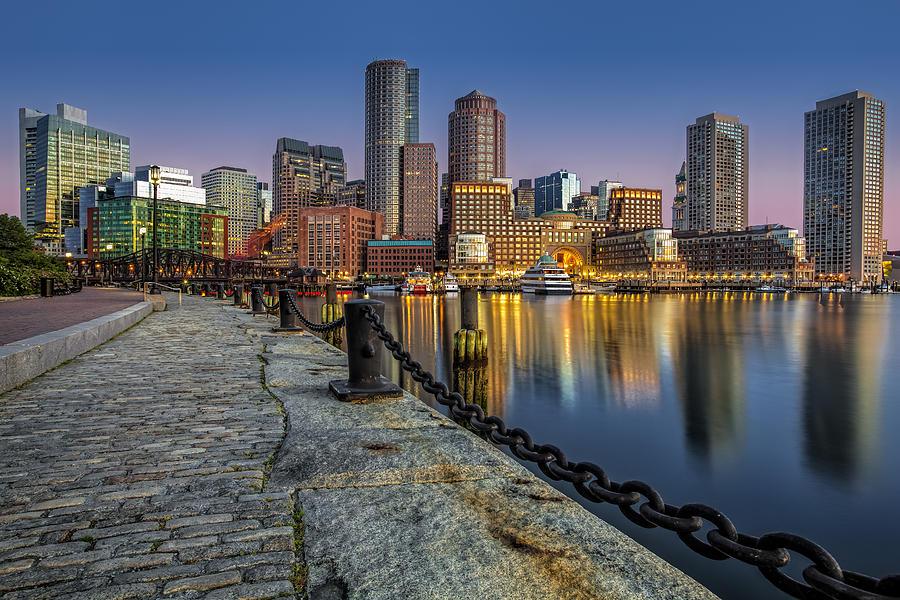 Boston Skyline Dawn - Fan Pier Boston Harbor - A view during twilight as the sun begins to rise to the Boston Harbor with the Boston Financial District's dramatic skyline and colorful sky. The colorful Janet Echelman's As If It Were Already Here aerial sculpture suspended over Boston's Rose Kennedy Greenway can be seen behind the Old Northern Bridge in the left background. Also seen is Rowes Wharf, the Odyssey Cruise Yacht, along with other high rises along the waterfront.

Gorgeous capture! Congratulations on your sale!

Such an awesome Image, congratulations on your sale!

Your images are amazing!!

Congratulations, your fine photograph has been featured in the Atlantic Coast of the USA group !!