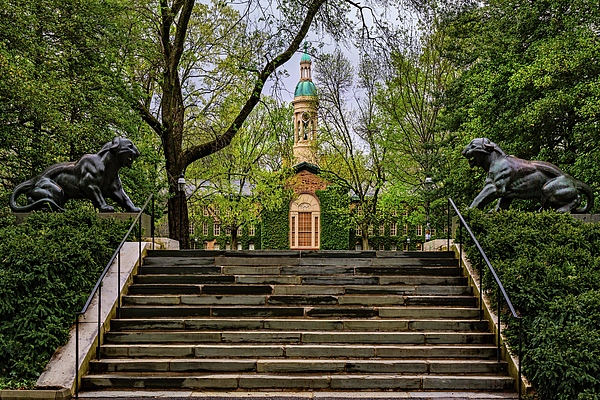 Boundary: Bleed area may not be visible.

Click and drag to re-position the image, if desired.

The image is near the edges of the product but doesn't cover the entire product.   Some of the background color may appear around the outside edges of the image.

Our luxuriously soft blankets are available in two different sizes and feature incredible artwork on the top surface. The bottom surface is white. Our 100% polyester blankets are available in two different styles: plush fleece and sherpa fleece. Plush fleece blankets are soft and fluffy on both sides, whereas sherpa blankets are smooth like a soft sweater on the artwork side (i.e. shorter threads) which provides for a sharper image. Looking for a recommendation? Go with a 60" x 80" plush fleece blanket. It's soft and luxurious on both sides... the artwork looks incredible... and the size is just right for everyone.

Congratulations on your new sale Susan!

Princeton University Nassau Hall II - Exterior view of Old Nassau building in Princeton University in New Jersey. Nassau Hall is the oldest building in the campus. Also seen on each side of the stairs are the Princeton Tiger statue pair with one at each side. “Old Nassau” has housed every college function: classrooms, student rooms, administrators’ offices, library, chapel, labs, museum, kitchen, and cafeteria. It also has served some unusual purposes: barracks for both British and American soldiers during the Revolutionary War; a battleground during the Battle of Princeton on January 3, 1777; and, later, for five months in 1783, temporary home of the Continental Congress. Princeton University is a private Ivy League research university in Princeton, New Jersey, United States. Available in color as well as in a black and white print. To view additional images please: visit http://susancandelario.com/

Search Collections - Purchase Prints & Home Decor My Fine Art Prints are shipped worldwide. I am a professional freelance photographer specializing in fine art, stock image licensing and commercial assignments. My images are available to Decorate your home, space, office or business establishment with beautiful imagery to match your style. Fine Art Prints and home decor products also make wonderful gifts. Take a look at the assortment of photographs, images and home decor product options that are available to match your decor, and fit your space needs. Photography & Image Galleries include an extensive variety of subjects, destinations and themes, such as landscapes, seascapes, cityscapes, vintage, city skylines,...